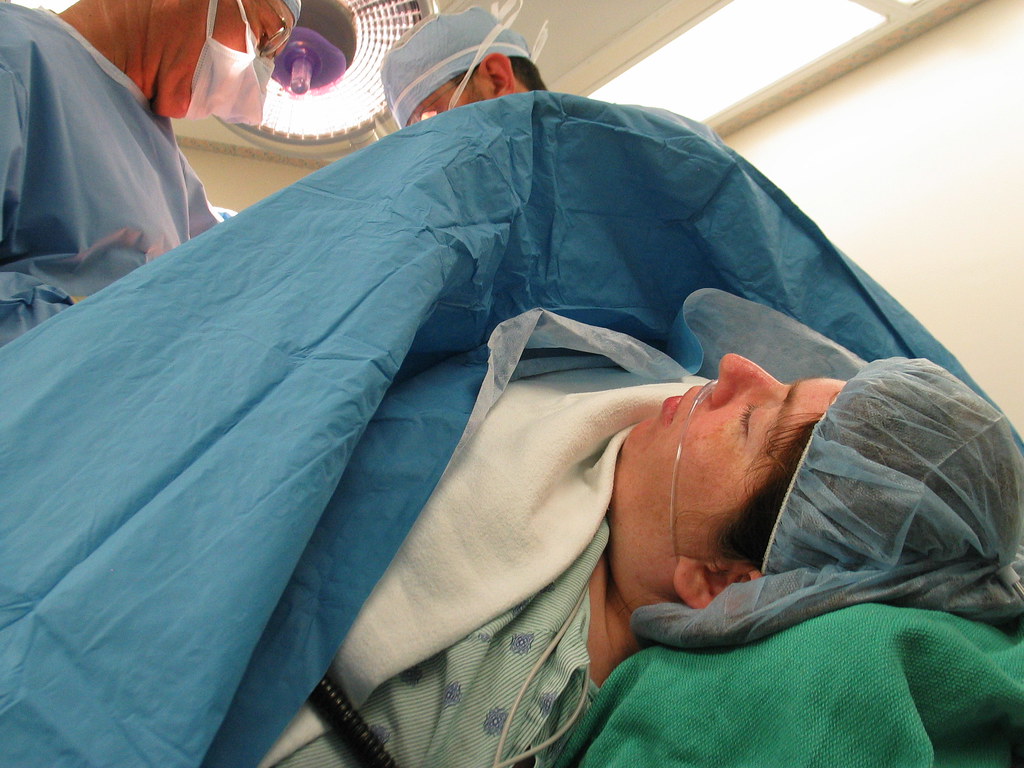 Cesarean births pose serious challenges to the newborn. These infants are more likely to face complications and injuries that they would not if they were born vaginally. This is especially true of scheduled cesareans where the mother was not given the opportunity to labor before delivery.

When a c-section is scheduled, babies are more likely to be born premature. Mothers and their newborns are not as likely to have skin-to-skin contact immediately following the birth. The pain medications given to mothers before a c-section can make it more difficult for the newborn to latch on and feed.

Some research has indicated that asthma may be more prevalent in people who were born via c-section. Studies have found that children born via cesarean had a specific type of bacteria in their intestines. This bacteria was present in children born vaginally, but at a rate that was not as high. It is this intestinal bacteria that is linked to allergies and asthma later in life.

The pulling of a child from the uterus through an incision can put the child at risk for pulled muscles and dislocated joints. Children whose airways are suctioned may have a greater risk for respiratory issues. While any type of birth can put a mother and child at risk, a planned cesarean should be discussed at length before it is ultimately decided upon. For most mothers and babies, a vaginal delivery is the safest method of birth.

If your child suffered a birth injury in New York, no matter how they were delivered, you may be entitled to compensation under the law. Call our office and allow a member of our team to review the details of your medical case at no cost to you. We will advise you of your right and help you move forward in a way that is most beneficial to you and your family. Call now.