A family in Miami Gardens has won a medical malpractice case against the federal government. A judge ruled that a doctor’s decisions resulted in a teenager’s infant to suffer brain damage that is incurable.

According to reports, the child’s mother will receive just over $3 million, the father a little more than $1 million, and the child will receive close to $30 million for pain and suffering.

The mother was a patient at a hospital in Miami Gardens. That hospital provides care to people without insurance and to those that are undocumented. During the labor, the child was determined to have a slowed heart rate and the doctor refused to perform a C-section. The doctor, according to court documents, left the mother in the delivery room to perform another delivery.

END_OF_DOCUMENT_TOKEN_TO_BE_REPLACED

The weather is finally taking a turn for the better. If you plan on getting out and enjoying a bit of what Mother Nature has to offer, you should also know that she has a few nasty critters in her midst. Ticks are small but mighty when it comes to disease and, unfortunately, the disease they carry is one of the most commonly misdiagnosed illnesses in the United States.

It may seem a bit strange that such a common disease is misdiagnosed by medical professionals, but there are a variety of reasons that misdiagnosis occurs:

END_OF_DOCUMENT_TOKEN_TO_BE_REPLACED

It stands to reason that anyone visiting a doctor’s office or hospital expects to be treated with a certain standard of care. People assume that doctors and nurses know how to perform their jobs competently, and that they will receive accurate diagnosis and proper treatment.

Unfortunately, people are harmed by medical professionals with what could be considered regularity. Many people know someone who has been injured by a medical professional of, if they don’t know a victim personally, they have read about multi-million dollar settlements. The good news is that there are ways to reduce your chances of becoming a victim.

In the Office or Hospital

END_OF_DOCUMENT_TOKEN_TO_BE_REPLACED

Finding a pediatrician you can trust for your little one is sometimes easier said than done. This is especially the case for your first child. Chances are you haven’t had the need to vet any doctors for children. This can lead to a feeling of anxiety when it comes time to find a medical professional to provide care for your child. Here are some tips for locating the doctor who is right for you and for your new bundle of joy.

END_OF_DOCUMENT_TOKEN_TO_BE_REPLACED

How do you choose a doctor? Some people want a doctor who has years of practice under their belt. Some choose a medical professional based on word of mouth. If you make your choice based on gender, you could be doing yourself a great favor or, if studies are to be believed, a disservice. According to a new study released by Harvard researchers, elderly patients cared for by female doctors tend to have better outcomes. In fact, the study claims that it may even be a matter of life or death.

This is not the first time that female doctors have proven more effective than their male counterparts. In past studies, it has been shown that female doctors may be more likely to follow recommendations set forth regarding preventative care, including counseling and lab tests. The newest study estimates that 32,000 fewer patients would die if the male doctors they chose were able to achieve the same outcome as female doctors.

Ashish Jha, one of the study’s co-authors, said, “Women physicians are more likely to do evidence-based medicine, and follow clinical guidelines. They are more likely to communicate in a way patients report is more effective.” Jha went on to say, with regards to the pay received by female physicians, “The people who seem to provide somewhat better care are the ones who are getting paid less. I think that makes very little sense.”

END_OF_DOCUMENT_TOKEN_TO_BE_REPLACED

You have been experiencing pain in your knee for quite some time. It finally becomes so bad that you visit a doctor, which is completely unlike you. Friends and family know that you must really be hurting if you took the time to seek medical device. The results are exactly what you feared: Your knee is shot and you need a new one. Before you decide to go under the knife, there are important things you need to understand about surgery.

Before a drug can be released to the public, it must undergo several trials and the FDA must be sure that the drug is safe. The regulatory bar for a new medication is relatively high. This is because many medications may not have immediate side effects, only causing problems months or years after they have been taken. Medical devices can cause issues as well, but the approval process is not so stringent. Theo only thing that must be proven is that the device isn’t immediately dangerous.

END_OF_DOCUMENT_TOKEN_TO_BE_REPLACED

You ate a heavy dinner. You knew you were going to get heartburn, but you were willing to risk it. After all, you have medication in the cabinet. If this sounds like something you have been through, you can count yourself among millions of people in America who deal with the same issue.

Heartburn and acid reflux are common in today’s society. Our meals are heavier, we eat quicker and we stress out more. It only makes sense that so many people deal with these issues. Proton pump inhibitors, known as PPIs, are some of the most prescribed drugs in America. These medications are used to treat the most serious cases of acid reflux. For those who suffer with mild heartburn that doesn’t send them to the doctor, many PPIs are available over-the-counter.

Seeking relief from heartburn shouldn’t cause you to put yourself at risk for more serious conditions like stroke, but this is exactly what’s happening. According to research that was presented at an American Heart Association conference in New Orleans, PPIs may increase the risk of ischemic strokes, the most common type of stroke in the country, says the Centers for Disease Control and Prevention.

END_OF_DOCUMENT_TOKEN_TO_BE_REPLACED

Imagine that you are injured due to a doctor’s negligence. You file a medical malpractice lawsuit to seek compensation for your injuries. If you were your attorney and you looked through your social media account, what would you think? What if you were the judge or the jury? Look at your social media account from a different perspective. Would you believe you if you were sitting on a jury?

Your social media account can make or break your medical malpractice case. Here are some tips to follow to help keep your account from ruining your case.

END_OF_DOCUMENT_TOKEN_TO_BE_REPLACED

A Rockford man filed a medical malpractice lawsuit eight years ago, claiming that former doctor LaDonna Waugh and Mercy Harvard Hospital were negligent in taking care of his post-operative complications.

According to court records and media reports, Robert Kantner underwent weight loss surgery in 2006. After the surgery, his blood pressure dropped into the 60s. Waugh failed to treat this drop in blood pressure promptly or correctly, and she was eventually taken off of Kantner’s case.

As a result of the negligence, Waugh was terminated from the hospital and Kantner filed a medical malpractice lawsuit. The lawsuit progressed for years before one of Kantner’s lawyers began to experience personal issues. Kantner says that he was advised by a judge that he could, and should, withdraw his case and refile at a later date when his attorney would be able to concentrate on his case.

END_OF_DOCUMENT_TOKEN_TO_BE_REPLACED 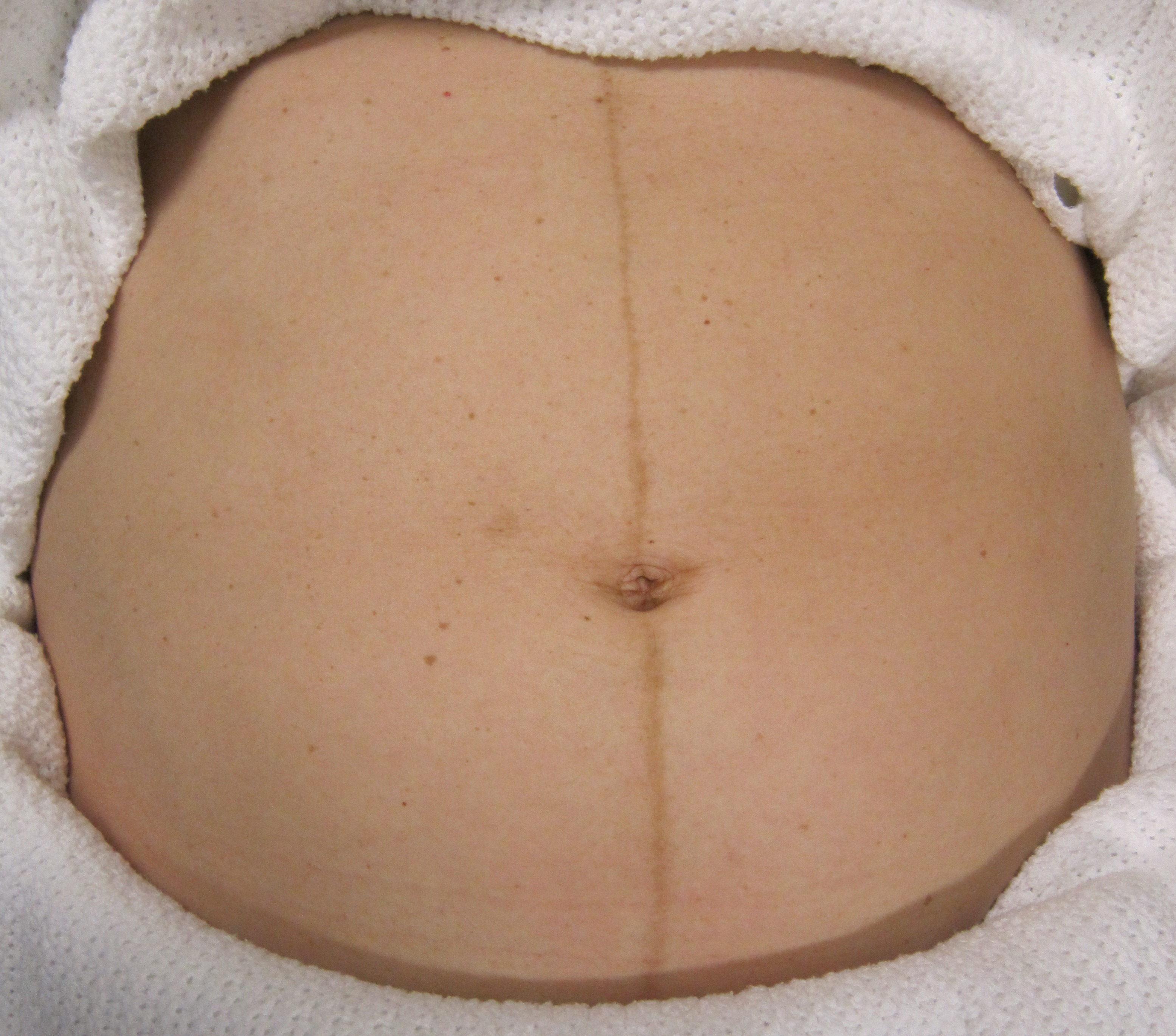 A medical malpractice trial involving the family of a woman who died shortly after childbirth came to an end last week. The judge in the trial declared that it would stop after an attorney made a statement suggesting that the doctor involved in the case had played “Russian roulette” with the young mother’s life. The doctor was on the witness stand at the time of the statement and broke down as a result.

Dr. Lucinda S. Antosh was one of the doctors who treated Candice L. Perrillo, 25, in the days after she gave birth. The doctor testified that she had acted appropriately, but she also admitted to not ordering necessary tests or reviewing the patient’s full medical history.

The judge emptied the courtroom and admonished the attorney for the statement. The judge then ordered a mistrial, forcing both sides to come together for a new trial at a later date with new jurors. The judge stated that there was no purposeful decision made to inflict harm upon the patient on the part of the doctor.