In the mid-1800s, doctors began writing about a disorder affecting children in the early years of life, usually with spastic legs and an inability to grasp and manipulate objects with their hands.  They noted that the condition, dubbed "Little's Disease" did not progress as the children grew older, nor did it resolve.

In 1897, Sigmund Freud wrote that "Little's Disease" affected more than muscle control.  His work revealed that many children with cerebral palsy also suffered from mental impairment, vision problems  and seizures.  Freud theorized that the condition was rooted in the brain's development in the womb, before birth.  Freud did not believe that labor and delivery complications could cause cerebral palsy.  As medicine advanced through the 1900s, Freud eventually was proven wrong.

In the late 1950s, the fetal heart rate monitor was invented.  This device allowed physicians to monitor a baby's heart rate before birth.  With the benefit of fetal heart tracings, doctors quickly learned that erratic fetal heart rates during labor, whether too high or too low, frequently corresponded with poor outcomes.  Medicine quickly realized that the mechanics of birth could lead to oxygen deprivation and, in turn, a birth injury.  Causes for cerebral palsy and risk factors for cerebral palsy were identified soon after. 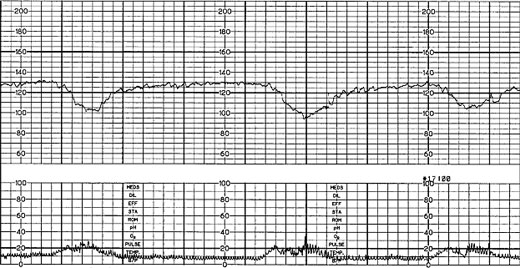 At any given time, approximately 500,000 Americans carry a cerebral palsy (CP) diagnosis. Each year, approximately 10,000 new babies are diagnosed with CP, which is an umbrella term for a constellation of neurological impairments affecting brain and nervous system functions such as movement, learning, thought, hearing and speech.  "Cerebral" means the brain is the source of the a problem and "palsy" means that the problem is with control of movement, posture and/or motor control.

Cerebral palsy affects each child differently.  Depending upon which areas of the brain were damaged, and the extent of the damage, a child with CP may experience any one or all of the following: seizures; muscle tightness or spasticity; rigid limbs; involuntary movements; difficulty sitting-up, standing, or walking; impaired balance; low or no muscle tone; floppy limbs; poor head or trunk control; difficulty swallowing; impaired vision or hearing; speech deficits; cognitive impairment; learning disabilities; poor bladder or bowel control and difficulty breathing.  In very severe cases, CP can lead to complications (such as infections) that may result in death.

Common causes of cerebral palsy include:

There are many different ways to treat children and adults who have been diagnosed with cerebral palsy, including:

The trial lawyers at Bottar Law, PLLC, have decades of experience investigating, prosecuting and trying to verdict medical malpractice and birth injury cases involving a cerebral palsy.  If your baby's condition or injury is due to medical malpractice, your child and family may be entitled to compensation for lifelong health care, medical expenses, special education, medical bills, loss of income, and pain and suffering.

To discuss your case or concerns with an experienced Central New York medical malpractice and birth injury attorney, contact us now at (315) 422-3466, (800) 336-LAWS, or by e-mail at info@bottarleone.com.