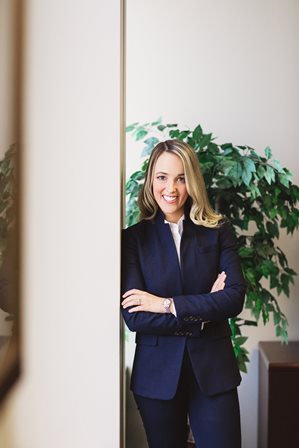 Ms. Riggi has been recognized by The Best Lawyers In America® as one of its "Ones To Watch" for 2020-2023 for the areas of plaintiffs medical malpractice and personal injury.  She is the only attorney under 40 in Syracuse with this distinction.  Ms. Riggi has also been recognized by Upstate New York Super Lawyers® as a 2019-2022 "Rising Star."

Ms. Riggi authors the 1st Department Update for the New York State Academy of Trial Lawyers, and co-authors the "Civil Practice" chapter of the Syracuse Law Review’s Survey on New York law.  She also serves as an Onondaga County Bar Association Volunteer Advocate Lawyer for Animal Abuse Court (VALAC), prepares dinners for the Ronald McDonald House "Meals that Heal" program, and is a member of the board of directors of Girls On The Run Upstate NY.

Prior to joining Bottar Law, PLLC, Ms. Riggi served as a judicial intern to the Honorable Gary L. Sharpe, formerly the Chief Judge of the United States District Court for the Northern District of New York, as a student attorney at the Saratoga County District Attorney's Office, and as an intern for (then) United States Senator Hillary Rodham Clinton. She was also a litigation associate at a Syracuse law firm where she represented individuals and businesses in a variety of matters, including appeals, commercial disputes, and the defense of personal injury claims.